While many Brevard and Hendersonville locals have heard of the proposed “rails to trails” Ecusta Trail project, which will take an out-of-service rail line and turn it into a greenway between the two towns, many Pilot Cove guests may not be familiar with the history, progress, plans, and positive impact it will have on our area. The trail will provide our guests with yet another option for fun when visiting Pisgah National Forest and our area! We hope you enjoy our comprehensive guide to the latest and greatest on the Ecusta Trail.

Making the sale possible was an authorization by the Henderson County Board of Commissioners for a $7 million bridge loan. Conserving Carolina had been negotiating the purchase for months with Kansas-based Watco, the railroad owner.

What’s the history of this out-of-use rail line?
Throughout its history, the rail line, which has been out of commission for almost two decades, served one major customer, the Ecusta Paper Corporation. The paper mill, which manufactured cigarette paper, closed in 2002. In 2007, the 525-acre site was sold to Renova, a national company that cleared the site of industrial buildings and initially planned to build a mixed-use development. The company later decided to sell the property.

What is railbanking and how does it make a “rails to trails” project possible?
Railbanking is a voluntary agreement under federal law that takes place between a railroad company and a trail agency to use an out-of-service rail corridor as a trail until a railroad might need it again for rail service. Adopted by Congress in 1983, railbanking provisions of the National Trails System Act have preserved more than 4,400 miles of rail corridors in 33 states. This act made getting the Ecusta Trail project off the ground possible.

Rail-trails are multi-purpose public paths created from former railroad corridors. Following a gentle grade, they are ideal for biking, walking, and other uses and offer an opportunity for people of all abilities to enjoy getting outside. Many of us are familiar with trails called “greenways” — a rail-trail is one such type of recreational area.

How much will it cost?
Design and construction estimates range from $18 million to $25 million depending on the condition of the trestles along the rail line. Funding will come from a mix of public and private funds, including federal funding, grants, and contributions from residents, foundations, and businesses.

What will the impact of Ecusta Trail be on Brevard and Hendersonville?
While many consider the Ecusta Trail a recreational amenity that will add another outlet for fun in our area, which is undoubtedly true, it is arguably more importantly an economic development opportunity. Rails to trails projects often stimulate local economies by increasing tourism and promoting local business along or in close proximity to the trail.

In 2012, a planning and economic impact study was completed to determine if the project was feasible, estimate the overall economic benefit to the community, evaluate the existing rail corridor, identify partnerships needed to facilitate the conversion, and establish the best next steps forward. The study concluded that initial construction would infuse $42 million into the community plus an annual benefit of $9.4 million in tourism revenue, health care cost savings, and increased property values along the trail. Tax rates for these properties will not change.

What is Pilot Cove’s position on the Ecusta Trail?
Brevard and Hendersonville are both charming small towns experiencing change. We see the abandoned rail line as an incredible opportunity that will benefit present and future community needs both recreationally and economically. The currently-proposed trail terminus in Brevard is 2 miles and about a 5-minute drive from Pilot Cove. We are so happy to see the Ecusta Trail closer to becoming a reality and offer our full support! 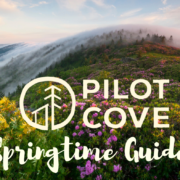 Guide to Spring in Pisgah National Forest and Brevard NC 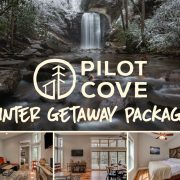 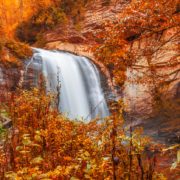 10 Reasons an Off-Season Visit Makes for an Unforgettable Vacation 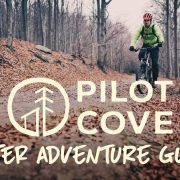 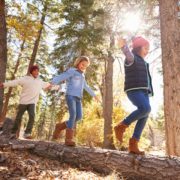 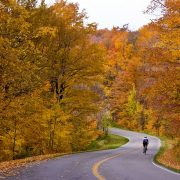 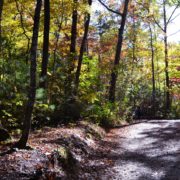 Follow Us!
HOLIDAYS AT BILTMORE: CREATE A NEW WINTER TRADITION

Hike of the Week: John Rock Trail
Scroll to top